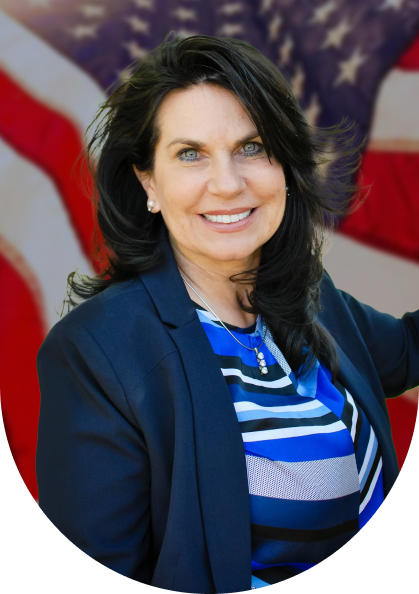 Rep. Cathy Tilton was first elected in 2014, taking office in January of 2015 in the 29th Alaska State Legislature. As a freshman legislator, she was selected by her colleagues to be the first sole chairman of the Community and Regional Affairs committee in 20 years.

As chair of that committee, she was the architect of a bill that provided critical direction to Alaska’s municipalities on implementing the recently passed recreational marijuana initiative. While personally opposed to the initiative, she responded to the requests of cities and boroughs by providing answers to questions left by the poorly written ballot initiative.

In her second and third terms she once again earned the confidence of her fellow members to serve on the powerful House Finance Committee. In that capacity she introduced a measure that would revise Alaska’s constitutional spending limit, passed a bill providing tax incentives for economic development projects and championed Alaska’s version of the “Hyde Amendment” prohibiting state spending for elective abortions.

Currently, Rep. Tilton is the House Minority Leader, leading an 18 member-strong Republican minority. During the 32nd Legislature, she is the prime sponsor of a bill prohibiting the closure of gun stores and shooting ranges during emergency declarations and co-sponsor of bills establishing COVID-19 vaccine rights and requiring medical patients be allowed access to an advocate regardless of emergency declaration status.

She currently represents House District 12 which covers the communities of Butte, Chugiak, Eklutna, Fairview Loop and Peters Creek. As a result of the 2021 redistricting plan, she will represent House District 26 which will encompass the entirety of Fairview Loop, part of Gateway, and Knik-Goose Bay Road to Settler’s Bay.

The tree of liberty must be refreshed from time to time with the blood of patriots and tyrants.

Her grandson left MatSu Providence Hospital 79 days after birth and with a clean bill of health. “We pray for all of the little ones that are spending time at the NICU. . . Welcome home, my little Alaskan warrior.”

“We can raise the bar, without crucifixion. We do not need to ‘cancel’ each other to aim higher. Let us make our standards clear, strive to be better, and leave it at that.”

“We can raise the bar, without crucifixion. We do not need to ‘cancel’ each other to aim higher. Let us make our standards clear, strive to be better, and leave it at that.”

Rep. Tilton: This Vote “Risks and Gambles the Lives of Alaskans”

“I believe in expectation management, Mr. Speaker, and shame on us, because we got their expectations up” about an economic stimulus.

Rep. Cathy Tilton lays out the problems with this year’s budget process.

Since last March, Alaska has successfully kept infections, hospitalizations and death rates among the lowest nationally; meanwhile, our state has ranked among the highest nationally for receiving vaccinations.

Members of the Alaska House Republican caucus were pleased to join Oil Search for an update on their Pikka Project.

This project will create thousands of high paying jobs and provide hundreds of millions in new revenue for the state. One of the “traditions” I most look forward to on Christmas is joining Bill Stoltze preparing, serving, and sharing a meal with my wonderful friends at the Chugiak-Eagle River Senior Center.

I am not sure how many years Bill and I have been taking dinner to the Center. What I do know is that it is such a blessing to spend time with the Seniors on Christmas Day! I am thankful that we are able to gather together in celebration! Merry Christmas!❤️

Tilton asked Shaw to carry the bill because he is a Vietnam Veteran and a qualified helicopter pilot.

Shaw is a Navy veteran who was a member of the legendary Navy SEALs (BUD/S class 53 – SEAL Team 1).

Rep. Tilton’s recently deceased father was a soldier in the Vietnam War as a member of the famed 101st Airborne (“Screaming Eagles”) which was established in 1918. The 101st Airborne was instrumental in Operation Market Garden in WWII. “Today, we learned about Governor Mike Dunleavy’s plan to amend and strengthen his Permanent Fund Dividend Constitutional Amendment Plan. Thank you to the governor for putting this forward, it is an innovative and interesting plan.